If you are a developer, your desk and PC are almost your whole life. You have probably spent your fair share of time sitting at "desks" piled in the corner of some office, using the only PC the IT department could find. No? I guess that is only me then. We want our developers to love coming to work and to enjoy their workstation here more than any desk and PC they have at home. We want Insanely Great Workstations; workstations that are so insane that you want to make teaser trailers of them. Oh wait, we have one of those:

This is a new build out that we just finished, and obviously we are a bit excited over it. The build is our current developer build, and the full parts list is below which will be updated as the technology out there changes. Our goal for this specific build was to create an insanely fast PC; we don't like waiting (obligatory). We wanted to run dual M.2s in RAID 0 so we went with a Z170 chipset for the motherboard. 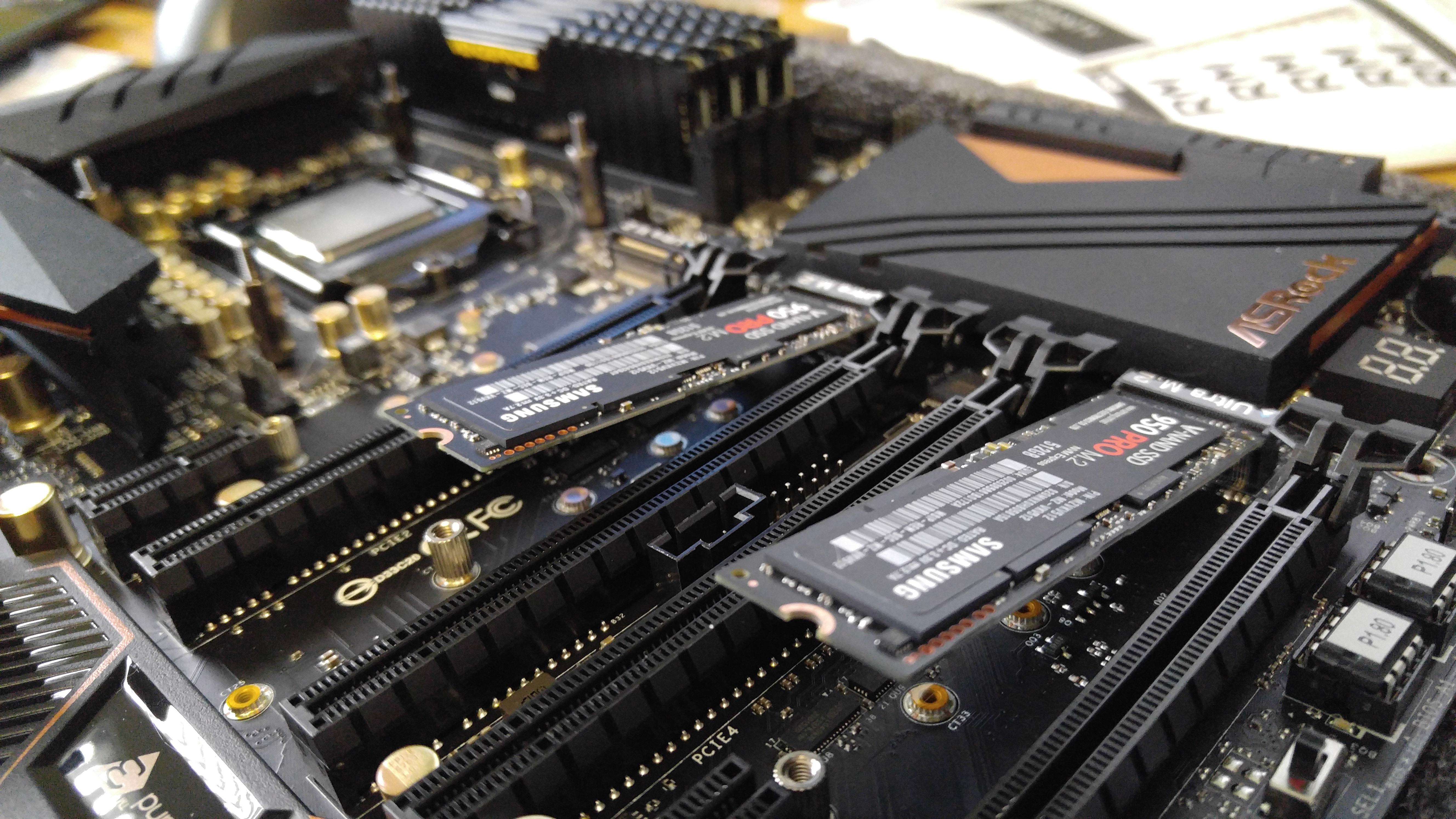 For the CPU we went with the Intel i7 6700k which is the fastest CPU for the LGA 1151 socket. For the GPU we are running the NVIDIA GeGorce GTX 1080. The motherboard allows us to overclock the CPU and GPU, but we are running the base clock rates for now. Don't want to set off the rubber duck temperature alarms just yet. 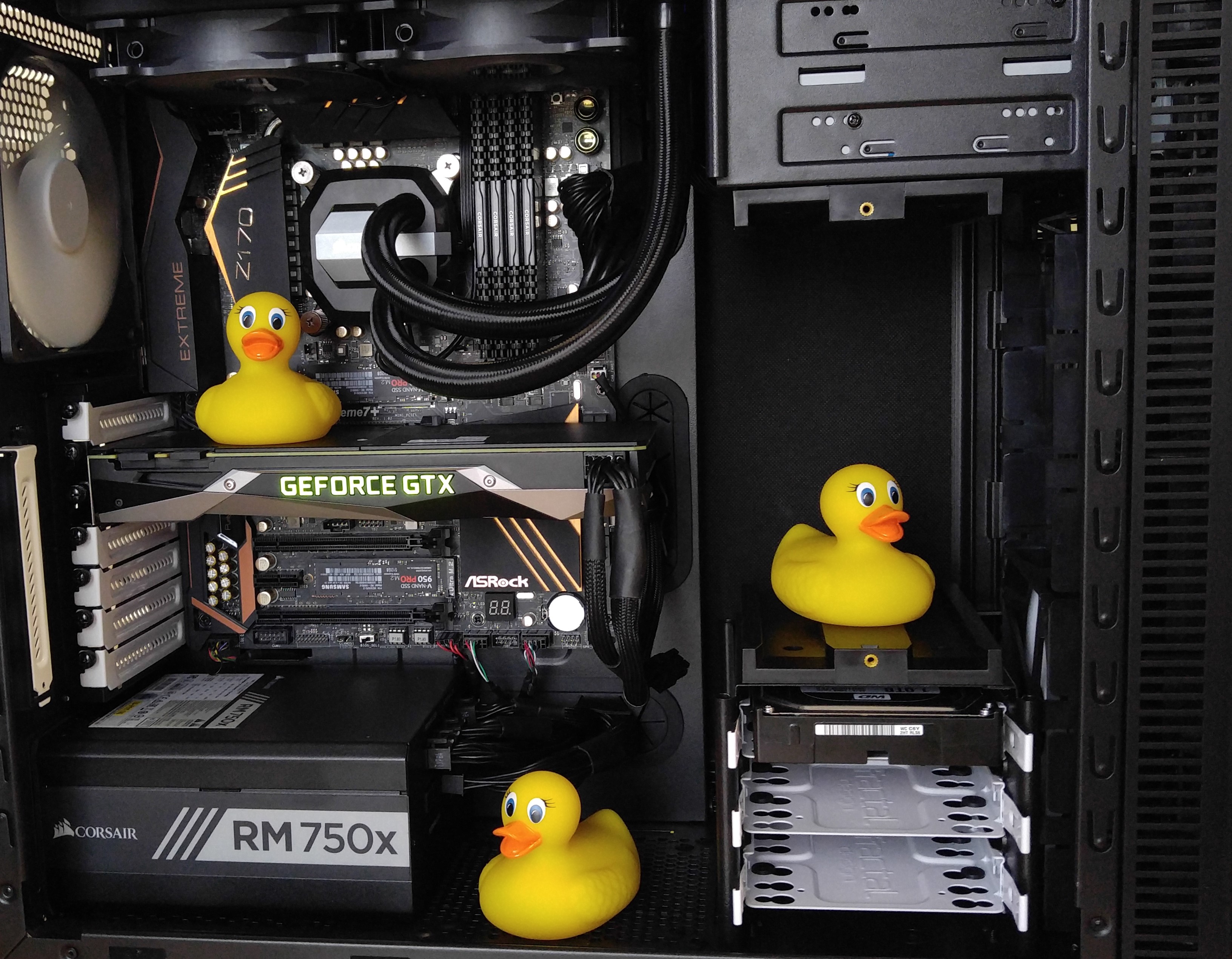 The desk we are using for our workstations is the Jarvis Bamboo Adjustable Height Desk. Almost all of our developers are using a 60" Jarvis desk, which is the perfect size for 2-3 monitors. We went with the Jarvis desk for the stability at taller heights as well as the bamboo aesthetic. The only downside of standing desks is making the cables look good is hard, so we haven't yet perfected it.

As far as peripherals, this set up is running 2x24" Dell U2415 monitors which is our standard configuration for monitors. The keyboard is a CODE keyboard (Cherry MX Clear switches) and the mouse is a Logitech Performance Mouse MX.

Overall, this latest build was pretty fun to assemble. We ran into some interesting problems installing all of the parts and software along the way.

Here is the full list of parts for this PC and the prices at time of writing. We will be updating this list in the future as our build changes, and newer technology emerges.

You can check out up-to-date prices for the build at PC Part Picker.

Shoutout to Nick Craver (and Stack Overflow) for much of the inspiration on this build. Check out the Stack Overflow developer build.

"Wired In", "In the Zone", "On Fire"; whatever you may call it, it's an important practice to follow to…